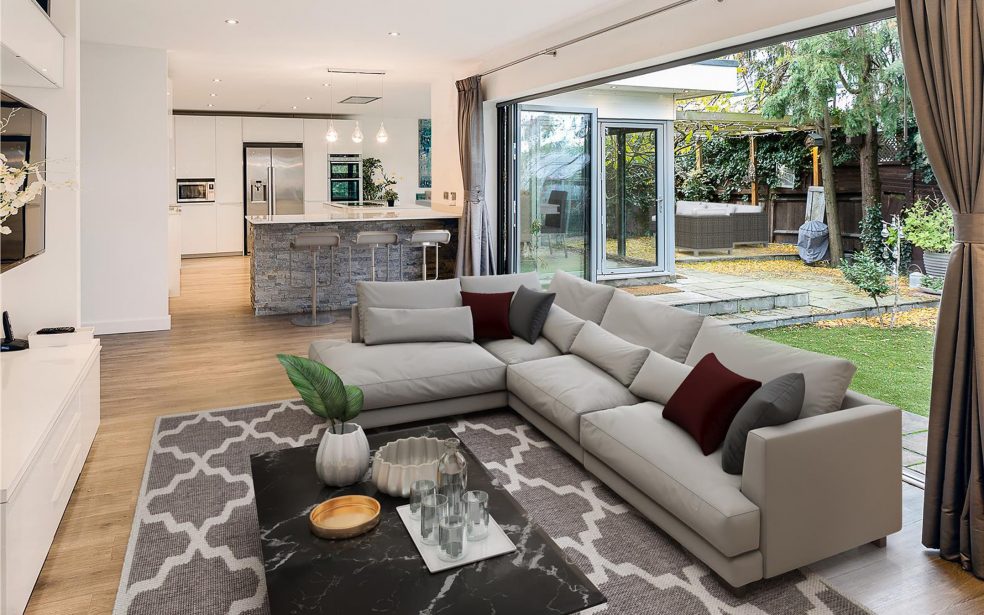 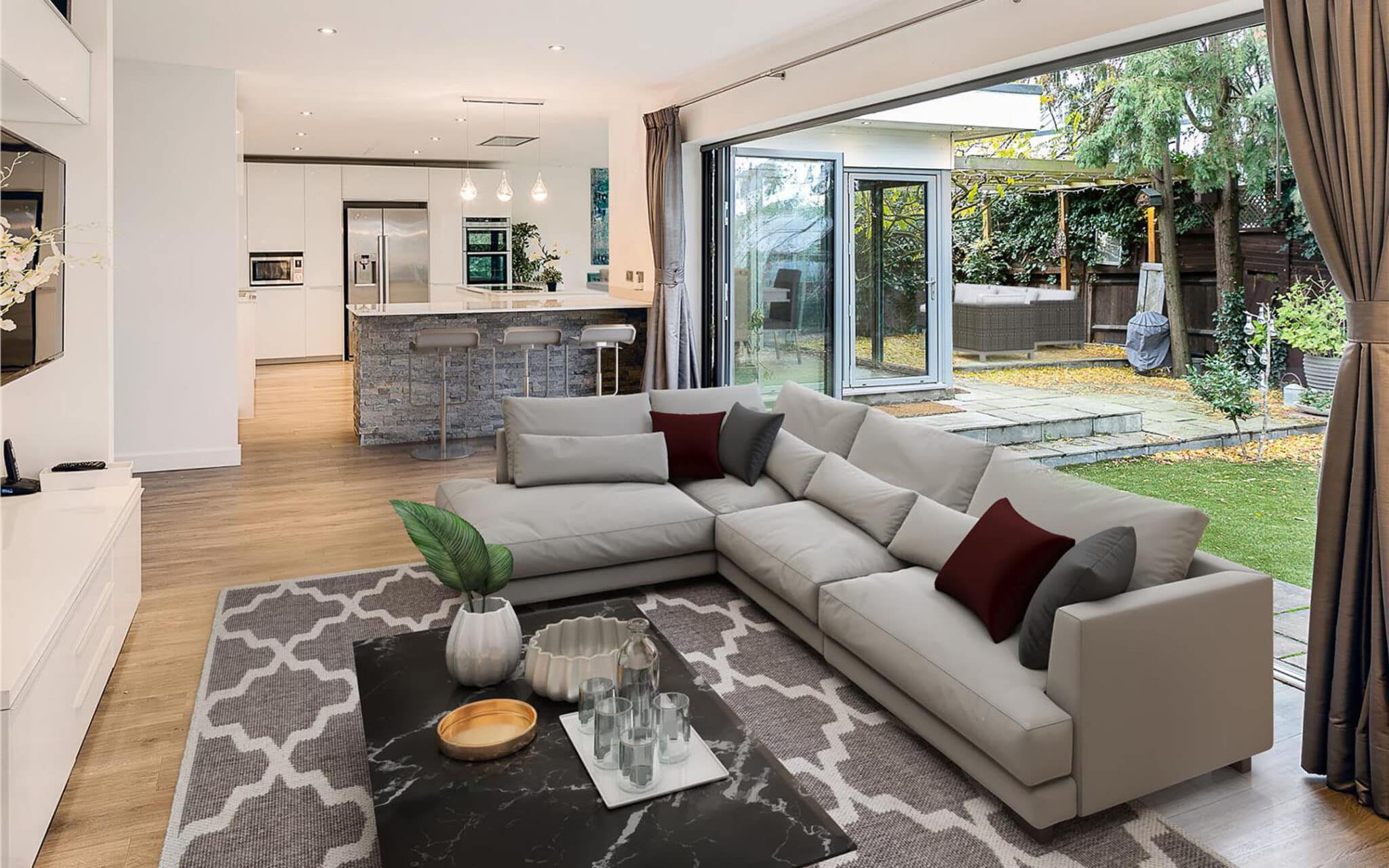 After building a large and airy extension to her three-bedroom home in Raynes Park, the owner moved to America with her new husband to give birth to their first child. She initially tried to sell for about six months, but repairs were needed to the extension – putting off buyers in a slow sales market.

Swift advised her to let instead: there was strong demand for family homes in the rental market. That would give the owner time to save up so she could later fund the repairs herself and sell at full market value once sales pick up again.

Days before Christmas, and shortly before she was due to have her baby, the owner appointed Swift as lettings agent. By now, the house had no furniture and had been empty for months. To attract interest despite the seasonal lull over Christmas, Swift digitally furnished the house to showcase its full potential. We also had the property professionally cleaned and the garden tended – hedges trimmed, terraces jet-washed and pond restored.

Less than three weeks after we took the property on, the new tenants moved in, at the full asking rent of £2,900 a month. We had ensured peace of mind for a new mother.