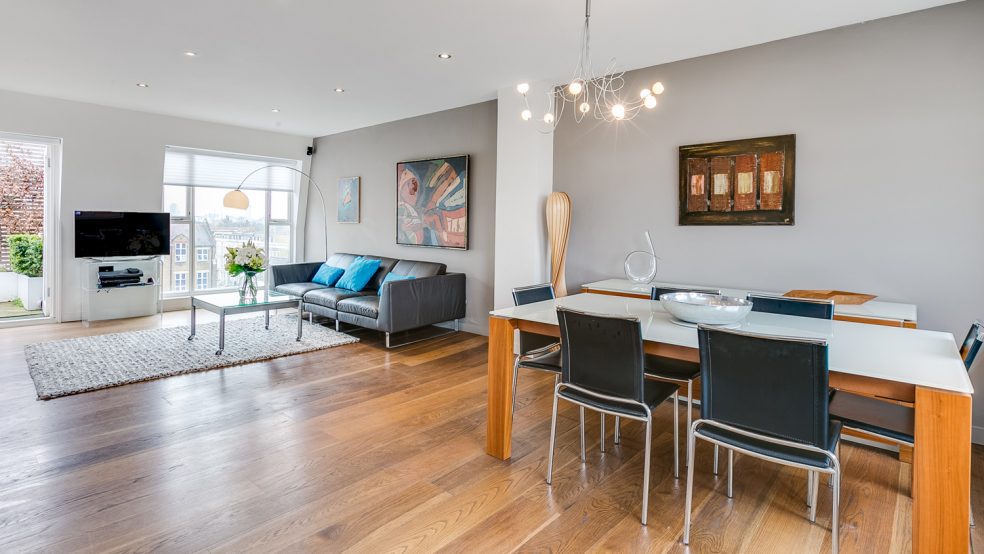 Swift manages this penthouse in a stucco-fronted building in Earl’s Court for the owner, who divides his time between Britain and America.

In one example where our service saved the owner a significant sum, Swift identified a blocked drain situated under the hardwood floor. A plumber initially quoted £4,000 to clear the drain, as it would have involved lifting and replacing the floorboards.

Swift investigated alternatives and cleared the drain using commercial acid, which safely dissolved the blockage without needing any invasive work.